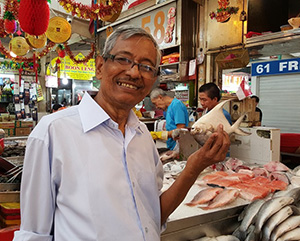 Growing up in different cities taught me several things. I learned to interact with new people and make new acquaintances. I learned to cherish relationships and stay connected to relatives and old friends. I learned to be flexible and adapt quickly to a new lifestyle.

Our beloved senior, Mr. Dipak Sengupta, was born in Chittagong, a major coastal city of Bangladesh, and his life of 80 years has spanned across two countries and nine cities.

He fondly remembers, “I grew up in a picturesque place, called Rangamati, nicknamed as the Lake city of Bangladesh. The place had a mesmerizing beauty, greenery, and lakes, which makes me smile even today”.  Due to his father’s job transfer, Dipak and his family moved from Rangamati to Bogura, and then to the industrial city Pabna, where he finished his studies. He recollects the first-time Saraswati Puja celebrations on the college premises, which he, along with his friends, had enthusiastically organized.

The political turmoil in the 1960s due to riots in East Pakistan caused millions of families to migrate to either side of the India- East Pakistan (now Bangladesh) border.  In 1962, Dipak also left Bangladesh and landed in Kolkata, India, for a secure and steady life. After a few months, he shifted to Patna, Bihar, for work, and eventually moved to Ranchi, Jharkhand, where he stayed with his parents and siblings.

“It is a beautiful place, with its numerous waterfalls and scenic landscape. It’s also the place where I met my wife and started my family life. I have spent forty years of my life in Ranchi”, says Dipak. He was always very social and, during work-life, made several good friends. He fondly talks about his Chai group, which met every evening at a small restaurant near his house, chatted endlessly, and had lots of fun. They later formed a social club, which became quite popular, organized get-togethers, and festival celebrations. 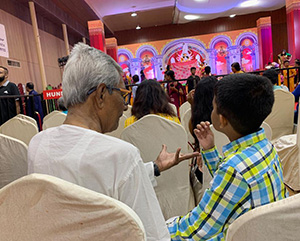 Then came the next phase of his voyage, the retired life, with its unanticipated lifestyle transformations. He proudly tells, “I left my 30-year old addiction. I quit smoking. It was a difficult task, but I took it as a challenge and managed to pass with flying colors. During that time, I also made a sudden discovery of my passion for cooking. I developed my culinary skills, and began spending quality time in the kitchen”. Dipak started to socialize in a different style. He would cook his favorite dishes and host a get-together for his family and friends. This chapter of life was equally beautiful and memorable.

In early 2000, Dipak and his wife moved in with their only child, who was staying in Delhi. Life in the capital city seemed fast and hectic, and very different from Ranchi. But Dipak was happy to reconnect with his extended family in Delhi. The weekends were busy socializing, and he could continue cooking delicious foods. With age, his health started to deteriorate. He developed heart problems, borderline diabetes, prostate gland enlargement, and symptoms of peripheral neuropathy. He took this as a challenge, and at the age of 72, started to go for morning walks. His blood parameters, including sugar and cholesterol level, showed a marked difference, and with routine health checkups and proper medication, he is medically stable.

In 2012, with the birth of his grandson, Dipak was promoted to the role of a proud grandfather.  The duo enjoys their me-time, eat and play together, and are always the partners in crime.

Currently, Dipak and his wife stay in Bangalore with their son and his family. He leads a very routine life. His day begins with drinking two glasses of warm water, followed by a thirty-minute walk in a nearby park. He watches television, reads the newspaper, plays with his grandson, and is a constant companion for his wife. He still loves to cook his signature mutton curry every weekend for his family, and tries to keep in constant touch with his extended family and friends. His mantra – Never stop dreaming. Live your life to the fullest. Cherish your relationships with your family and friends. 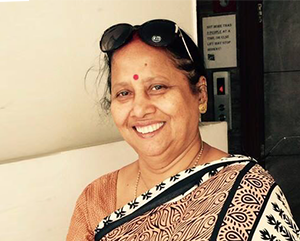 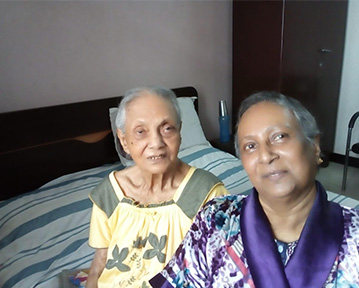